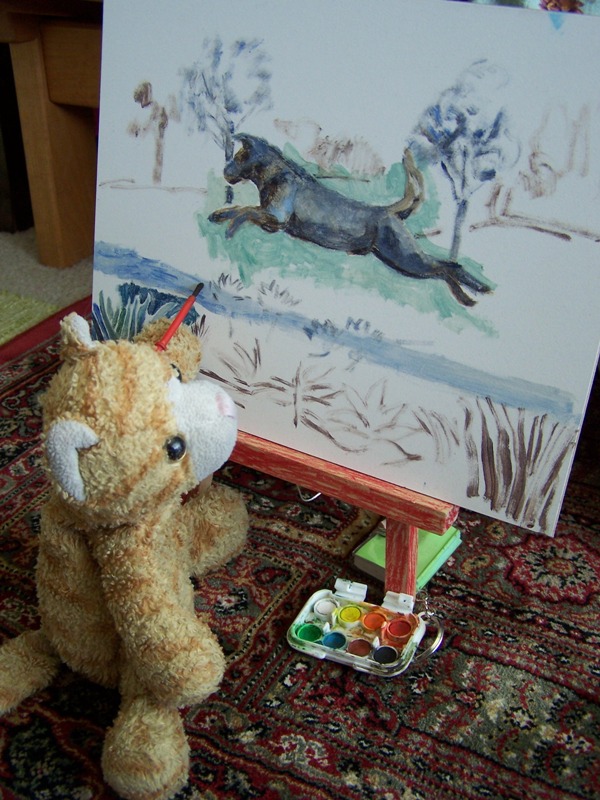 My kid had math homework this weekend that she didn’t know how to do, and since she hadn’t brought her textbook home, she lacked instructions and definitions to help guide her back toward the path.  Unfortunately, while being a rational enough gal, I have no talent for numbers or numerical relationships.  Dad is good at math, but he happened not to be available at the height of the crisis.  The homework consisted of adding, subtracting, multiplying and dividing positive and negative numbers.  I vaguely recalled that rules exist, but couldn’t remember what they are.  So I suggested to my daughter that she experiment — perform some different approaches and see what results she got, and from those results have a guess at which rule is “it.”

She wouldn’t.  And so I pulled Music of the Primes off the shelf and started reading.  Music of the Primes is Math, the Movie — or an elegant, suspense-filled heart-tugging page turner of a math adventure book.  Yes, I know that’s hard to believe but tis true.  Math made thrilling for folks like me and thee.  Math the dream.  Math the you-should-have-been-there experience.

Unfortunately, Music of the Primes wasn’t working for her.  Too grown-uppy.  And by sixth grade a certain sense of, shall I call it, false reality sets in and a child gets mislead into supposing that “the answers” are out there sitting on a drab shelf ready to be innocently “learned” at the public school house.  I cannot blame my kid for having internalized this sensibility; it’s been drummed into her for years now.

Given the data available at the start of the nineteenth century, Legendre’s function was much better than Gauss’s formula as an approximation to the number of primes up to some number N, but the appearance of the rather ugly correction term 1.08366 made mathematicians believe that something better and more natural must exist to capture the behaviour of the prime numbers.

Such ugly numbers may be commonplace in other sciences, but it is remarkable how often the mathematical world favours the most aesthetic possible construction.  As we shall see, Riemann’s Hypothesis can be interpreted as an example of a general philosophy among mathematicians that, given a choice between an ugly world and an aesthetic one, Nature always chooses the latter.  [my emphasis] It is a constrant source of amazement for most mathematicians that mathematics should be like this, and explains why they so often get wound up about the beauty of their subject.

Imagine that: choosing a mathematical order — a beautiful one over the ugly alternatives — that in math one can sketch out ideas and test them, and even choose among them using an intuition that surprisingly sometimes matches the visible natural order.  In so many spheres of life we are offered chances to choose, to act, to inquire boldly, to investigate, to discover.  Oh would that we could instill even a nano-quantity of that free-spiritedness into the school house!

Above, Alice has boldy chosen to paint a dog leaping.  She has no qualms at all about portraying her Public Enemy Number One.  And she even makes him beautiful.