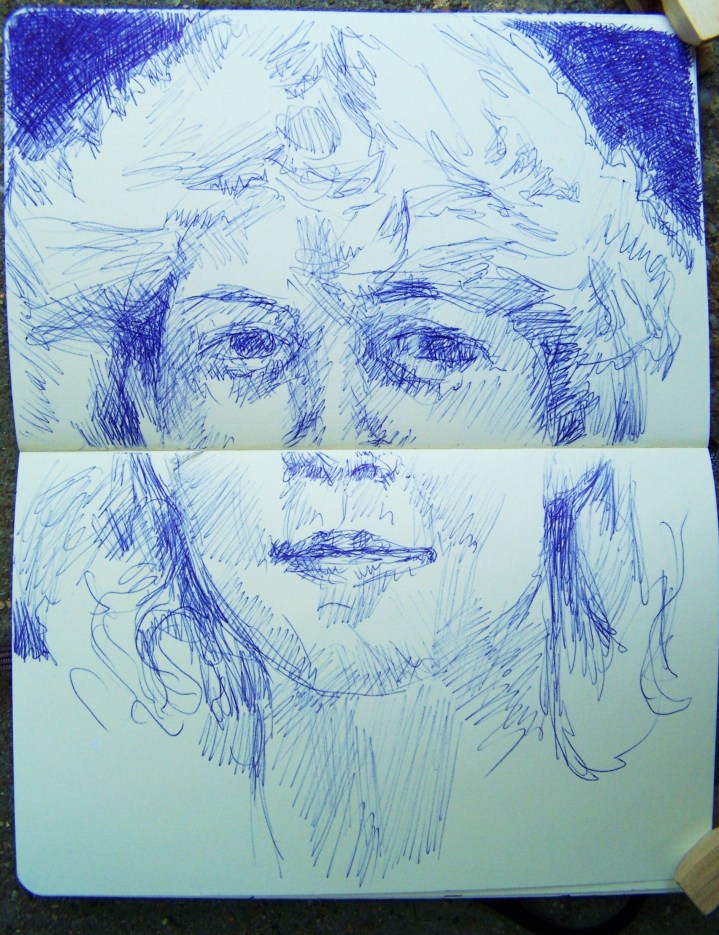 I was drawing blogosphere Australian poet friend Gabrielle Bryden during her rainy days away from her blog, and this drawing was the culmination of several I made which, if you are my devoted reader, you have already encountered in the previous two posts!

All the drawings were made in a small Moleskin notebook using my beloved blue ball point pens. 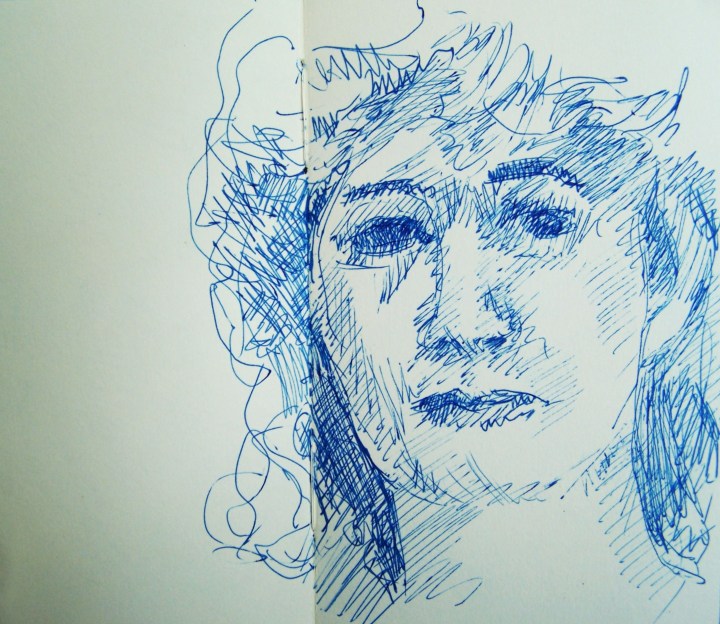 I drew blogosphere friend Gabrielle Bryden during her rainy day sabbatical in far away Australia.  While her blog was quiet, I made some little portrait drawings based upon a youthful photo she posted.

Though they were all drawn using the same photo, each one is a little bit different from the others.   These differences that occur, these variations, are what I call “invention.”  Obviously there’s an element of error involved in the variations since if I was just drawing the image directly, every version would look just like the others, and all the versions would be copies of the photo! 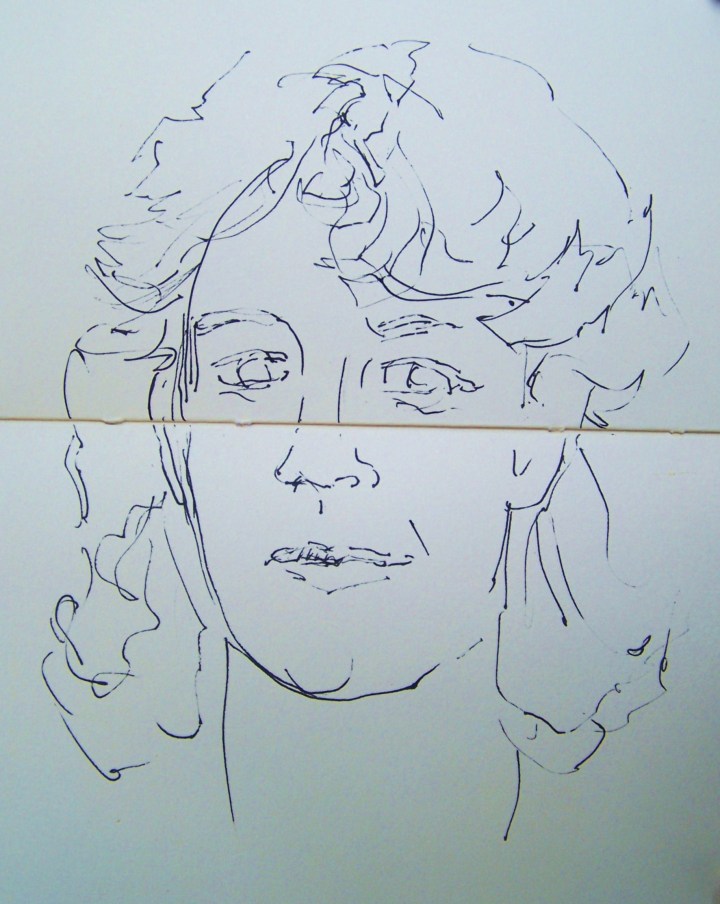 Sometimes those kinds of differences trouble artists who are chasing a realistic effect, and they used to bother me too!  But I came to realize that if the drawing is good then the differences from the source don’t matter.  Moreover, all these changes lead to different ways of seeing and understanding the image.

So though there’s one photo I don’t have only one Gabrielle, I have several!  And each is a bit different from the others. 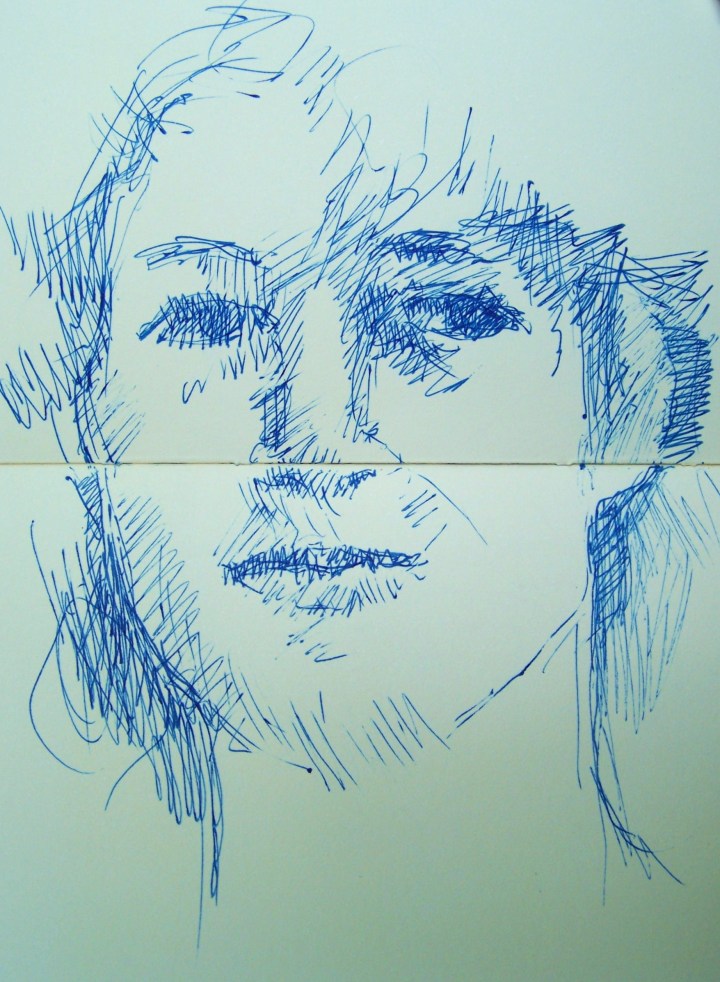 While it has been raining in Australia, I have been drawing blogosphere friend Gabrielle Bryden using a photograph taken of her in her youth — her previous youth … she is still very youthful!

Here is the youthful Gabe of the mellow “relax” tee shirt whose face I used for this drawing.