The central tangle of nervous lines is what I see first. I thought I had done about as much work on these koi as I could, but I now realize that all the dynamism occurs in the center. The upper part of the picture remains uncomposed. I put the field of blue there thinking that the solid color was all that was needed. But the nervous green lines of those central fish require some counterpoint from the other sections of the drawing. I was so mesmerized by the center that I didn’t recognize the problem.

I’ve worked on it some more.

I added a fish’s nose at the upper right, which is a better correspondence with the source photo I use. 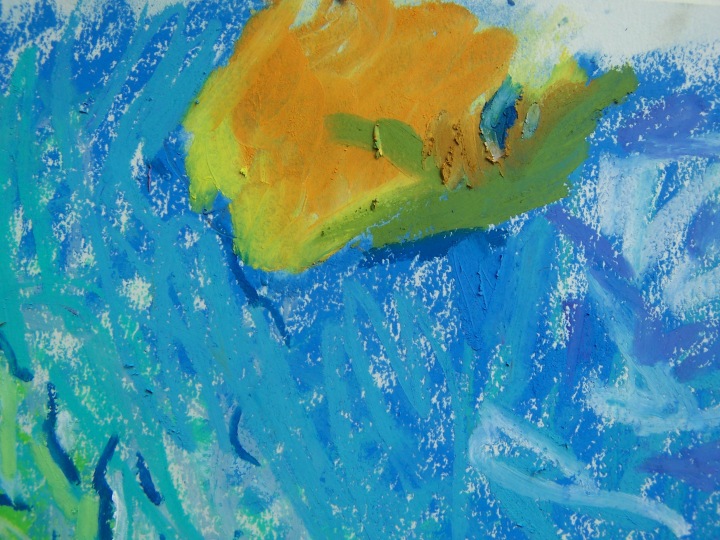 I had to get rid of as much blue as I could with a heavy eraser to be able to apply the orange.

After I added the fish nose, I began working on the opposite side simply to put more stuff there, stuff in this case being contrasting marks of dark and light blues. 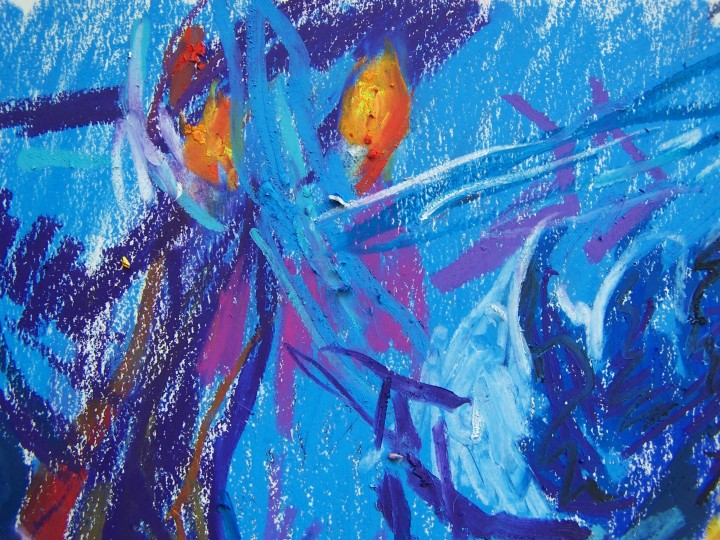 I press the oil pastel deeply into the paper sometimes and it frays away the top of the crayon, creating an impasto. 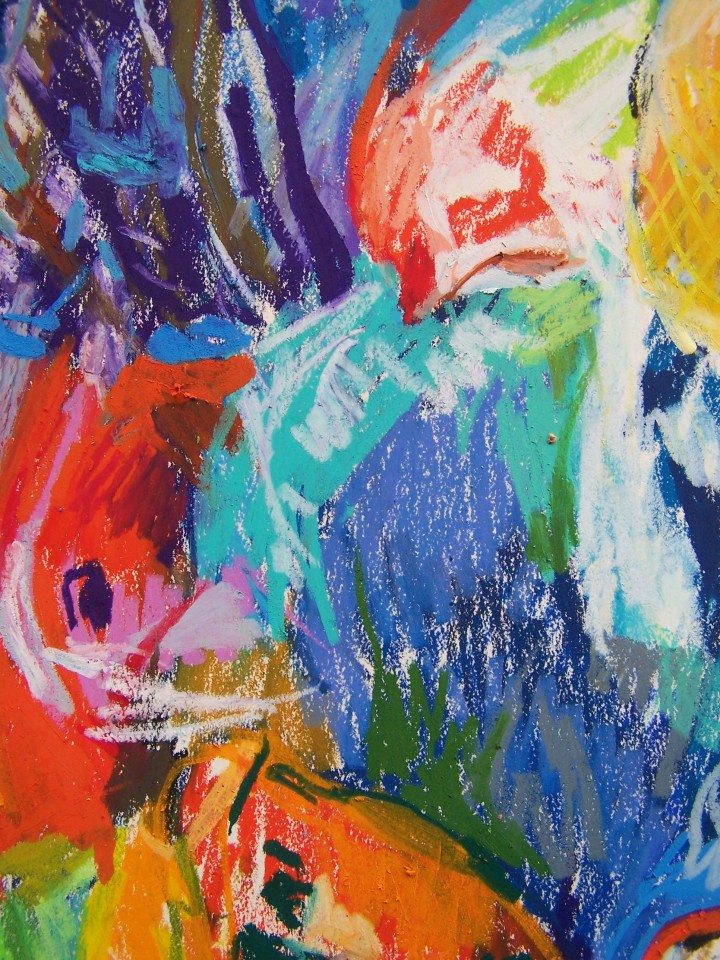 Without the context of the rest of the drawing, details become episodes of abstract painting. The criss cross hatching on the right depicts a koi’s scales.

Here’s the fish with the scales again. Ripples of water roll over the fish and into their open mouths.  The network of gestural lines follows these waves.

Here’s the whole thing again after these most recent changes. I might see more things to add or change after I look at it some more.

It’s 18 x 24 inches on Strathmore 400 series. Usually colored papers work better for pastels (even for oil pastels), but this is a sheet of ordinary white paper. No doubt the white contributes to the over all luminosity of the drawing.

4 thoughts on “a koi drawing”