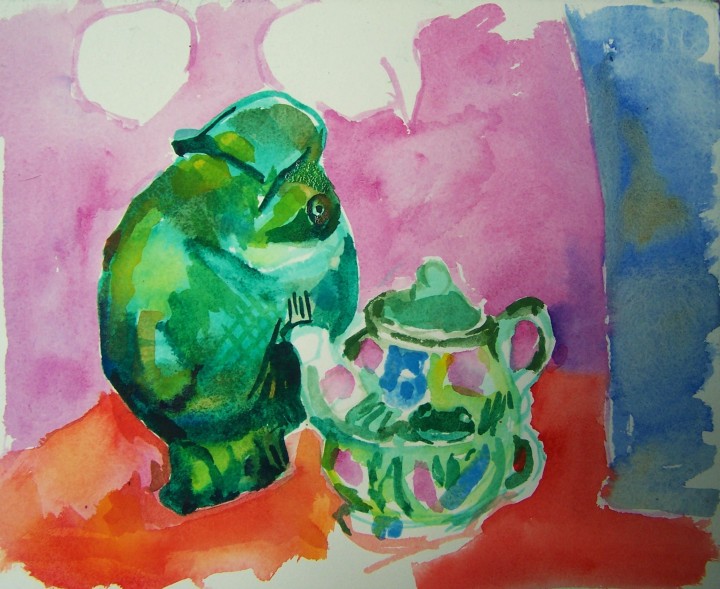 Today’s morning coffee drawing is a watercolor.  I don’t know whether I’ll work on it more today or not. I drank all the coffee, and I need to begin today’s session with the big painting for which this is another practice.

Before I began the watercolor, I drew the two things a little in a notebook where many of the ideas for the painting develop.

I am redrawing the same features again and again.  It’s like music that I’m striving to learn.  The objects are the music.

In a careless drawing like the one above, you can really think aloud.  The contour of the green fish vase goes right through the frog tea pot.  And the tea pot’s spout was originally about a half inch to the left.  I simply put the lines down where they seem to go.  This drawing records random thoughts about lines and their positions and about passages of light and dark, though the tones don’t conform to the scene overall — that would mean too much drawing.  I’d run out of ink.  My wrist would be killing me!

I got the frog’s face in one of these studies.  I think this is the first time the frog’s face has materialized so clearly.  Hopefully everything will appear at last — in the painting for which these are the rehearsals.