I remember such a long time ago.  I was a high school student who had fallen in love with a much, much older guy — this guy above, the artist Duccio di Buoninsegna who painted this picture of Jesus calling Andrew and Peter.

As Jesus walked beside the Sea of Galilee, he saw Simon and his brother Andrew casting a net into the lake, for they were fishermen. “Come, follow me,” Jesus said, “and I will send you out to fish for people.” At once they left their nets and followed him.

For me the calling I heard was to become a fisher, a fisher of pictures.  When I catch people, I catch them through art.  Drawing and painting have become the bait I use to catch people.  When I catch them, it’s to say “Look!  Look!  The world that God made is filled with marvelous things! Let’s look at them and think about them together.” Okay, maybe I don’t say it in quite that goofy way but that’s the basic sentiment nonetheless.

Let’s pay attention to what we see because we are surrounded by marvels.

In my youth I fell in love with “the Italian primitives” at the National Gallery of Art.  I started my journey in Gallery No 1, and it was shock and awe from thence onwards.  I had no idea how to do any of the things I saw, not drawing, not mixing color, not painting.   But I felt instinctively that it was the thing for me.  Somehow I would learn.

Little did I know how lasting the influence of the first loves would be.  Little did I know how much just Duccio di Buoninsegna’s painting alone would affect me.  Decades later I am mesmerized by lattices such as the one in his painting, the net that holds the fish.  I paint them in different ways than he did, but they occupy lots of space in my cranium.

Even a fish’s body has a lattice incorporated in it. 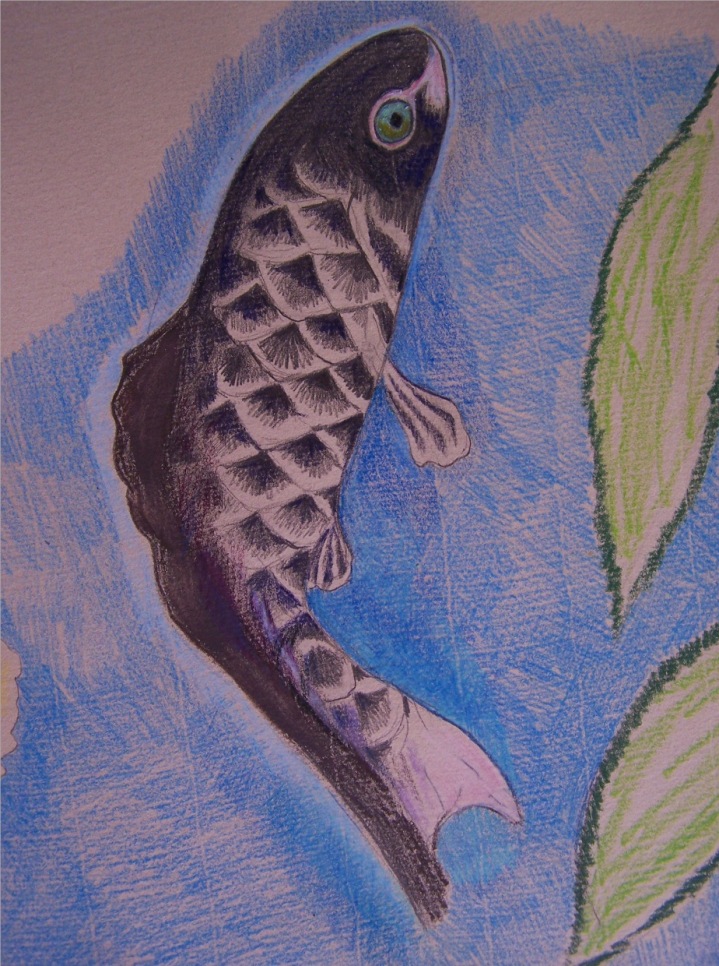 So, artists and art lovers, let yourself fall in love with art — and see where it will take you.