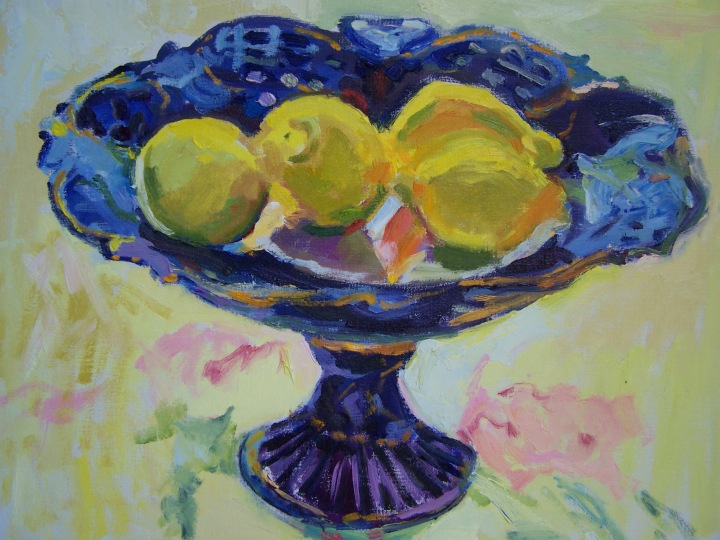 Putting more paint on the study of the lemons in the compotier. 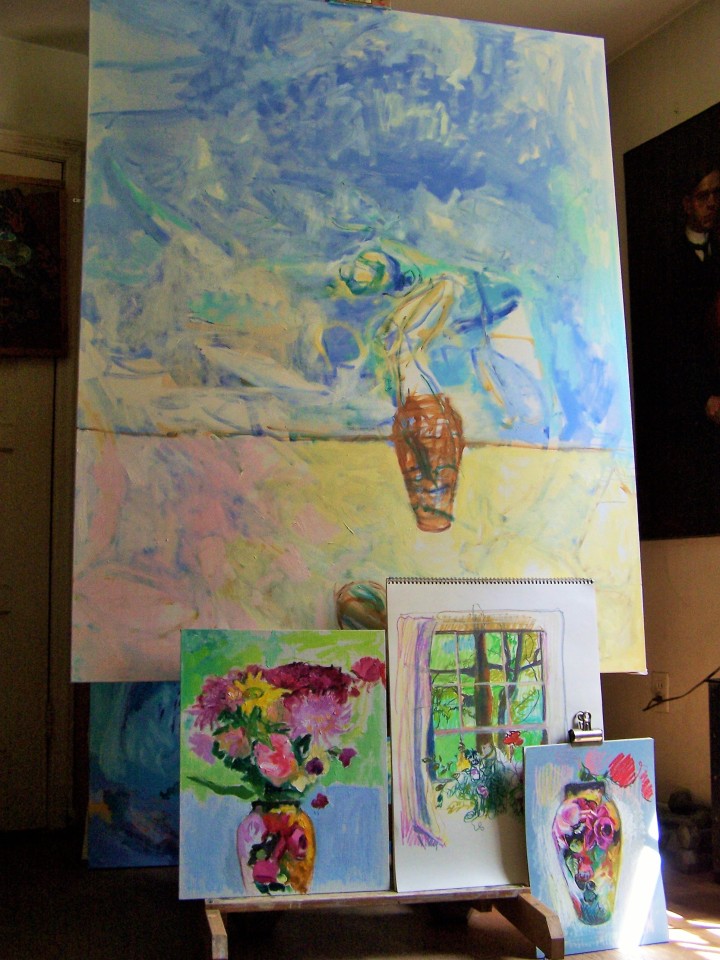 I’m going to start putting some of the objects onto the canvas provisionally and see how it looks.  There’s so much missing information so it will be sketchy starting, and I’ll add things or make changes based on incoming ideas — as I look particularly for flower ideas and window ideas. The original notion was something like the drawing below: 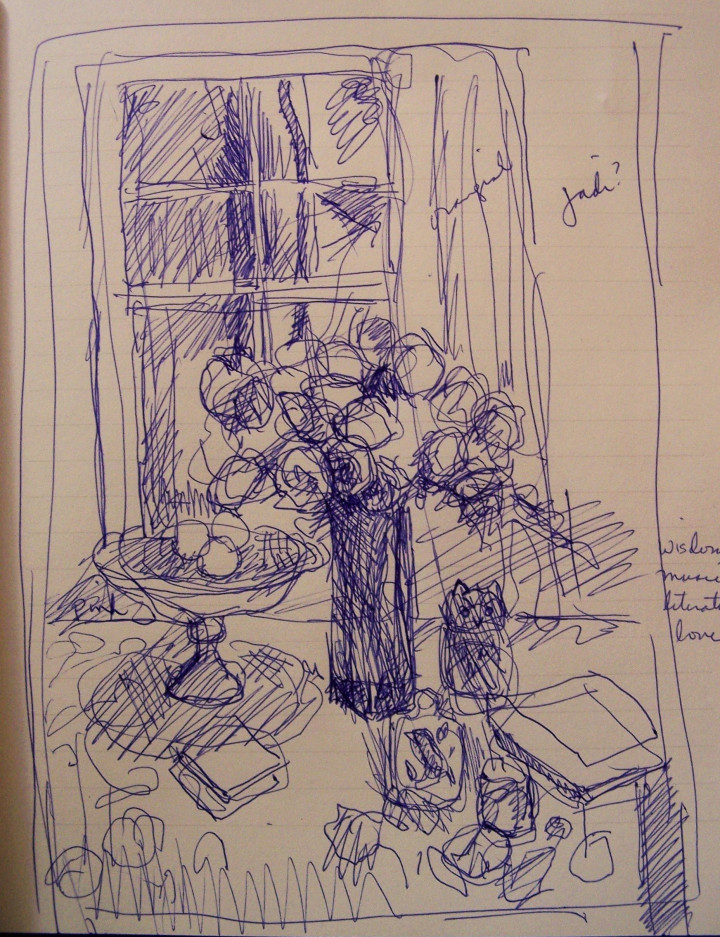 However, on this large canvas I’ll be adding more space around everything and I need to figure out what goes into that space.  The window is based upon a view from inside my studio, but I’m not sure whether I’ll use that idea or not.  Sometimes I think I want a more elaborate window (and I have at least one idea where I can find one).  Tomorrow I’m going window shopping — literally.

But then I note that last night at sundown the colors outside my studio window were amazing, so if I can figure out how to better interpret my own humble window perhaps I’d be wise to stick to my own resources.  We’ll see.

I know that I want to look at lots more flowers and flower arrangements before I commit to the flower shapes thus the initial idea is just a bough of flowers (like the outer silhouette of a tree).

As things now stand the painting will contain the flowers on a table before a window.  On the table will also appear the owl, a ceramic bird, a frog teapot, a black floral teapot, a seashell, and the fancy schmancy porcelain basket. The flowers are arranged in the fabulous Limoges vase.  The pattern on the table cloth is also a factor.  I need to decide which cloth I’ll use and begin studies for the cloth too.

My ever loyal dog wants to help me out so she’s trying to get some inspiration of her own which she plans to share with me.  And wow she’s got a sun beam streaming right straight for her doggie brain so maybe I’ll consult her as I solve my various pictorial questions.

Error: Twitter did not respond. Please wait a few minutes and refresh this page.